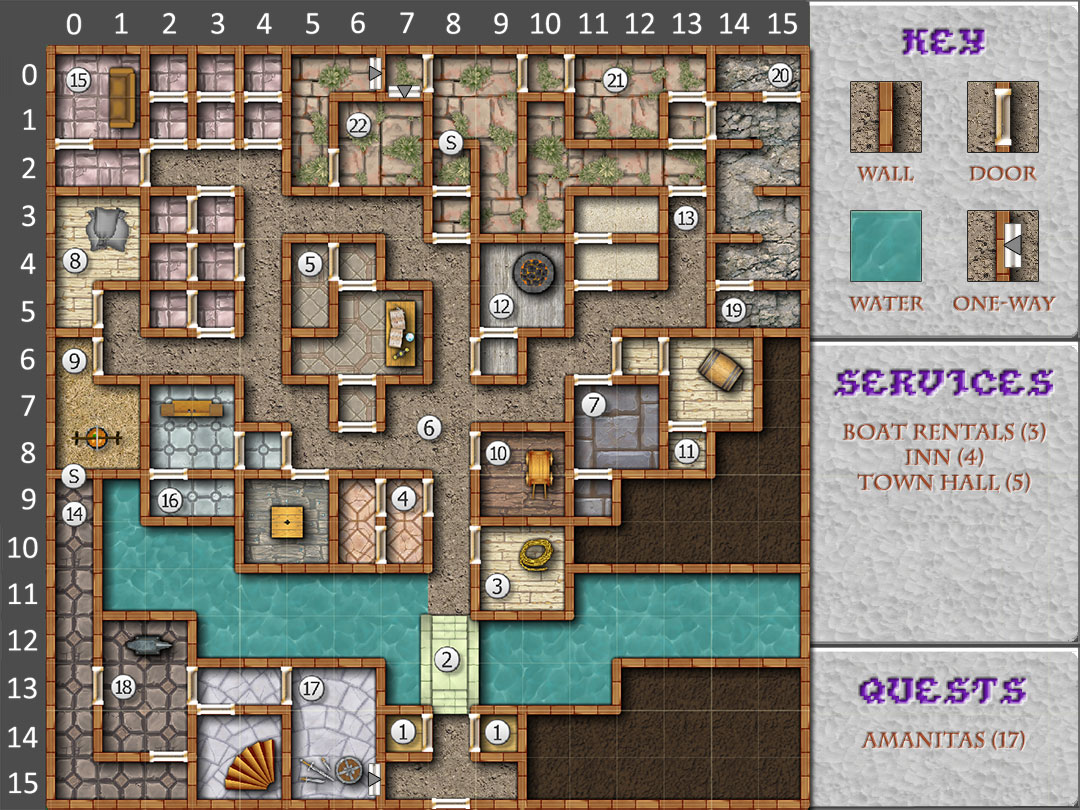 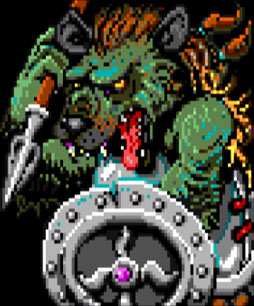 1. City Guard post – The guards warn the party of the undead in the Old City.
2. A bridge over the River Rauvin – Connects the entrance in the South to the main area of the city to the North..
3. River Rauvin Boat Rentals – The party can rent a boat to travel to other cities..
4. Inn of the Well-Marked Path – The party can rest here and recover hit points and spells.
5. Everlund Town Hall – A member of the Council of Elders tells the party what’s been
happening in the city.
6. A small stone fountain – The fountain is a decoration in this courtyard.
7. Hahr-Peer’s Bazaar – The owner says he has been cleaned out by robbers.
8. Warehouse – A storage and rest area.

9. Owlbears – The party hears the sound of a large animal eating something here. Go farther into the room and the party discovers a small group of owlbears, feasting on the remains of a horse.

This is a good way to deal with many different large monsters until a magic-user reaches 5th level and can use the Fireball or Lightning Bolt spells. The owlbears have been placed here by the Zhentarim to guard the secret door in the south wall of the room. Going through
the secret door leads to a passageway below the River Rauvin . The hidden complex where Amanitas is being held is at the end of the passageway. Owlbears have gems as treasure-be sure to appraise and sell these at a shop as soon as possible, and use the money to pay for training party members.

10. Caravan Merchant – This caravan supplier has been robbed of everything he owns.
11. Warehouse – Several gnolls are in the back room of this warehouse, ransacking the place and looking for loot .
12. A small leather workshop – A small workshop where people are making saddles, bridles, bags and other leather goods..
13. Undead Gate – This gate leads to the Old City, which has been taken over by undead.
14. Secret Door – This secret door leads to a secret passage beneath the river, and connects the hidden Zhentarim complex to the city.
15. Residence – A group of gnolls is looting this home.
16. Abandoned Shop – The party interrupts several gnolls who are eating from a pot of honey they have found while looting this store.

After his rescue, Amanitas tells the party about the location of the four statuettes. He cannot give their exact locations, only the feelings he has about where they are hidden.

” One is in a great tower that is filled with evil;
” One lies in a chest carved from a giant pearl, deep within a rocky island far out at sea;
” One is hidden somewhere that no one likes to go;
” One lies where even the birds dare not fly, but the party must itself fly to get there.

Amanitas gives the party the Card of Counting (which magically links the vaults in Yartar, Silverymoon and Neverwinter), and the Ring of Reversal. This ring, combined with the four statuettes at Ascore, reverses their effect and thwarts the Zhentarim plans.

If Erek is with the party, he goes back to Secomber with Amanitas to protect him.

The treasure from this battle includes a piece of jewelry. Have it appraised at a local shop-if you’re lucky and its value is high it may help pay for training several characters. 18 Aman here is using a whip on a small group of owlbears. They all attack the party. This is an easier battle than #17, but the same strategy should work well. 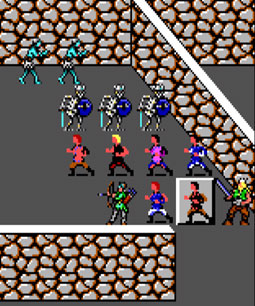 Synopsis: Amanitas, a high level magic-user, is being held captive in the city. His Zhentarim captors intend to take him to Zhentil Keep itself. There, the exact details of what he has learned can be extracted from him by whatever means are necessary. The party must rescue Amanitas in order to learn the locations of the four statuettes and defeat the Zhentarim plan.

Resting: The party can rest safely in the Inn or in any non-public location . They cannot rest in the streets.

Wandering Monsters: In the city streets up to 5 groups of stirges may attack. In the Old City in the northeast up to 3 groups of several skeletons attack the party. In the hidden Zhentarm complex in the southwest up to 3 small groups of gnolls can be found.

Encounters: There’s many undead that have overrun this city, have your Cleric use Turn Undead to help reduce their numbers during combat. There are also a few Owlbears in the Southwest part of the map. Make sure to have any Stinking Cloud spells available if your Magic-Users are at Level 3 and cast Bless on the party before engaging the them.

Experience: Experience here is a little better than Silverymoon thanks to multiple encounters with the formidable Owlbears. Engage each encounter available to maximize experience and money. You will receive a piece of jewelry after rescuing Amanitas that can be used for Training..Keep leveling up to maximize your hit points and spells.

Magical Items: Amanitas will give you both the Card of Counting which is used to connect the Vaults in Yartar, Silverymoon and Neverwinter as well as the Ring of Reversal which is used to gain access to Sub-Yartar. You will also receive non-magical Plate Mail, Long Swords and Long Bows from the Zhentarim guards. Since there are no working shops in Everlund, you must stop in another city on your way to Yartar to sell them.

Quests: After completing this part of the main quest in Everlund, if Erek is with the party, he leaves to return to Secomber with Amanitas. You will receive the Card of Counting, which magically links the Vaults in Yartar, Silvermoon and Neverwinter. You also receive the Ring of Reversal, which will be used towards the end of the game in Ascore.

Leaving: Return to Yartar with the Ring of Reversal. As soon as you try to leave Yartar from any of the city gates, you will encounter the Kraken trap and secret lair under Yartar, also called Sub-Yartar. 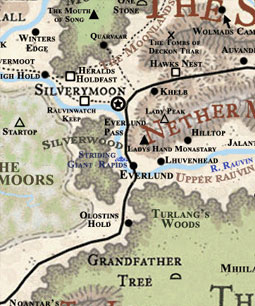 The walled city was resettled by humans from Ascalhorn on the site of Besander’s Blockhouse in 515 DR. Since its humble beginnings as a fortified trading outpost and bridgehead on the Rauvin, the city’s population and importance increased so that it became one of the most important trading cities in the region.